On the eve of the conference, in recognition of merits of Academician Igor POBIRCHENKO, the opening ceremony of a memorial tablet on the house where he lived for the last 30 years was held.

The International Arbitration Readings in memory of Academician Igor POBIRCHENKO brought together over 120 participants from 15 countries, namely:

The conference was opened by Mykola SELIVON, President of the ICAC and MAC of the UCCI, who briefly outlined the concept of the Arbitration Readings and on behalf of the hosts of the event expressed hope that such form of the conference would allow integrate an academic scientific idea with practical experience in this area and would make a contribution to improvement of the arbitration proceedings and legal regulation of international commercial arbitration both at the national and international levels.

The participants of the conference were greeted with welcome speech of:

Gennadiy CHYZHYKOV, President of the Ukrainian Chamber of Commerce and Industry, has stated in his speech that holding of the International Arbitration Readings is, no doubt, an extraordinary event for the legal community, confirming the recognition of the value of arbitration as an effective method of dispute resolution arising out of international economic relations. Gennadiy CHYZHYKOV has also assured that the Ukrainian Chamber of Commerce and Industry as a leading business association of the country, aimed at protection of interests of business, will further promote the development of international arbitration in Ukraine and strengthen the authority of the arbitration institutions (the ICAC and MAC) operating at the UCCI in Ukraine and abroad.

Olena LUKASH, Minister of Justice of Ukraine, addressing the participants of the conference, has emphasized that the Ministry of Justice of Ukraine, one of the main tasks of which is to ensure the representation of interests of the state in disputes in foreign jurisdictional authorities, is interested in the development of arbitration practice in Ukraine and the promotion of arbitration as an effective method of dispute resolution. Among the measures to promote the development of international commercial arbitration in Ukraine, the Minister specified the conduct of arbitration proceedings within shorter terms, development of an effective mechanism for application of interim measures, improvement of enforcement of arbitral awards, training of highly qualified specialists in the field of international commercial arbitration.

Pavlo HVOZDYK, Deputy President of the High Specialized Court of Ukraine for Civil and Criminal Cases, in his welcome speech to the conference participants, highly appreciated the work of the ICAC at the UCCI, noting that international commercial arbitration is an effective mechanism for resolving commercial disputes in the foreign economic field, and stated that the authority of the ICAC at the UCCI remained unchangeably high. The judicial system of the country as a whole, correctly applies the international treaties and national legislation of Ukraine when considering cases on challenging the arbitral awards and their enforcement, and strives to improve the practice, which is facilitated by this conference and the active participation of judges of the various courts in it.

Further to the topic covered by Mykola SELIVON followed the speech of Professor Valentyn SCHERBYNA, Head of Department of Business Law of the Faculty of Law of Taras Shevchenko National University of Kyiv, who spoke about Igor POBIRCHENKO as of a prominent scientist and talented teacher – the founder of the first University Chair of Economic Law in the USSR, the author of numerous monographs, textbooks and educational books on economic law and arbitration.

This part of the conference was finalized by Tetyana ZAKHARCHENKO, Vice President of the MAC at the UCCI, member of the Presidium of the ICAC at the UCCI, who presented the book published for the International Arbitration Readings titled “Practice of the International Commercial Arbitration Court at the Ukrainian Chamber of Commerce and Industry on settlement of foreign economic disputes in 2006-2010” (under the general editorship of Mykola SELIVON), which has included some of the most interesting, from the authors’ point of view, awards of the ICAC at the UCCI for the stated period, published with regard to the confidentiality of dispute consideration. The peculiarity of this book is that, along with the practice of the ICAC at the UCCI the publication contains the decisions of the Ukrainian courts on consideration of the petitions for setting aside and enforcement of the arbitral awards, which is a positive novelty for such kind of publications and, no doubt, is very useful for practitioners, judges of state and arbitration courts, experts in the field of foreign economic activity, researchers, teachers and law students.

Two sets of issues were brought up for the discussion of the Arbitration Readings: the state and arbitration, as well as prospects and trends of the development of arbitration in future. 22 reporters and moderators – representatives of the arbitration institutions, scientists, judges, prominent lawyers from Ukraine and abroad (Austria, Bulgaria, France, Kazakhstan, Latvia, Poland, Russian Federation, Serbia, Sweden) took part in the work of three sessions of the conference.

The first session of the conference was devoted to the discussion of hot issues of interrelation of state courts and international arbitration: limits of court intervention in international arbitration in Ukraine, supervising and assistance functions of state courts, consideration of cases concerning setting aside, recognition and enforcement of the awards of international commercial arbitration by the Ukrainian courts, issues of enforcement of international arbitral awards in Ukraine. The reporters of session were as follows: Vasyl HUMENYUK, judge of the Supreme Court of Ukraine, Olena YEVTUSHENKO, judge of the High Specialized Court of Ukraine for Civil and Criminal Cases, Rouja IVANOVA, Vice President of the Arbitration Court at the Bulgarian Chamber of Commerce and Industry, Swedish Professor Kaj HOBER, Ukrainian lawyers Alexey KOT, Managing Partner of “Antika” law firm, and Pavlo BYELOUSOV, “Vasil Kisil & Partners” law firm. Session Moderator – Academician Natalia KUZNETSOVA – on the basis of the presentations and discussion has summarized that in the problem of the state’s influence on international arbitration it is necessary to find the balance between state regulation and freedom of action of the arbitration, which would allow to maintain the best qualities of arbitration as an effective method of dispute settlement: efficiency, democratic procedures of the arbitral proceedings, finality of the award and the impossibility of its review on the merits by the state court, international mechanism of enforcement of arbitral awards, and, finally, independence, impartiality and objectivity of the arbitration. Both the reporters and conference participants acknowledged the reasonability of amendments to the Ukrainian legislation with a view to reduce the number of court instances considering cases on setting aside and enforcement of arbitral awards to two: the courts of appeal of general jurisdiction and the High Specialized Court of Ukraine for Civil and Criminal Cases.

The second session of Arbitration Readings was devoted to discussion of issues related to the impact of the state on the development of international arbitration in modern context, in particular through normative regulation of arbitration. The moderator of the session was Professor Tamara ABOVA, Merited Scientist of the Russian Federation, a recognized authority in the field of international arbitration. The session included presentations of the representatives of various arbitration institutions: Alexei KOSTIN, President of the ICAC and MAC at the Chamber of Commerce and Industry of the Russian Federation, Ziedonis UDRIS, Chairman of the Arbitration Tribunal of the Latvian Chamber of Commerce and Industry, Maidan SULEIMENOV, Chairman of the Kazakhstan International Arbitrage, Alexander CIRIC, member of the Presidium of the Foreign Trade Court of Arbitration attached to the Chamber of Economy of Serbia, arbitrators of the ICAC at the UCCI Olexandr KROUPTCHAN(Director of the Institute of Private Law and Entrepreneurship of the Ukrainian National Academy of Law Sciences) and Oleg PODTSERKOVNY (Professor of the National University “Odessa Law Academy”). Each of the speakers, in addition to general theoretical postulates, also touched upon the most relevant and topical subjects for arbitration institutions, which he represented. Presentations were highly appreciated by the audience for the depth of the topic and scientific approach to the analysis of a particular problem and aroused much debate and comments among the participants.

The third and final session of the Arbitration Readings was dedicated to the discussion of the future of international arbitration. The moderator of the session was a recognized expert in the field of international commercial arbitration Professor Kaj HOBER (Sweden), partner of “Mannheimer Swartling”, who repeatedly participated as an arbitrator in dispute consideration in the ICAC at the UCCI and other arbitration institutions. An interesting presentation on the role of UNCITRAL in setting standards for international arbitration was made by Julia SALASKY, Legal Officer at UNCITRAL. Galina ZUKOVA (France), Associate of White & Case LLP, commented in her presentation on IBA Guidelines on Party Representation in International Arbitration (2013). Vladimir KHVALEI, Vice President of the ICC International Court of Arbitration, told in his report about the increasing requirements for impartiality and independence of arbitrators. Interesting reports were also made by Wlodzimierz BRYCH (Poland), President of the Court of Arbitration at Nowy Tomysl Chamber of Commerce, Tatyana SLIPACHUK, President of the Ukrainian Arbitration Association, and Vladimir BELYKH, Professor of the Urals State Law Academy.
The work of the third session was completed by Yuliya CHERNYKH, partner at Arbitrade Attorneys at Law, with the presentation of the Ukrainian Journal “Alternative Dispute Resolution” (supplement to the journal “Law of Ukraine”), which editor in chief she is.

The President of the ICAC and MAC at the UCCI Mykola SELIVON in his final remarks thanked all the participants for their interest to the speakers and active participation in discussion after each session and expressed his hope that the held Arbitration Readings would contribute to the development of international arbitration, and each of the participants would be able to apply the information obtained at the conference in their practical work. 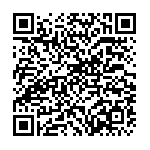