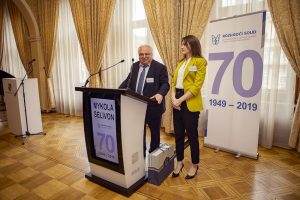 Established in 1949, over the years of its operation, it gained high trust within business and legal community and became one of the most authoritative arbitration centers in the world. 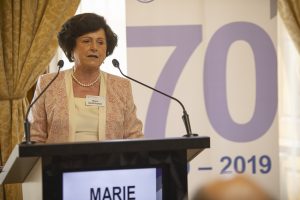 As part of a solemn event, held on 27 May 2019 in the center of Prague in the premises of the Kaiserstein Palace, served as the residence of the Czechoslovak Chamber of Commerce and Industry at the time, President of the ICAC Mykola Selivon addressed the Czech colleagues with a congratulatory speech, emphasizing the significance of the many years of cooperation between the Czech and Ukrainian peoples, including in the field of arbitration; noted with particular gratitude the willingness and readiness of the Czech Republic to support the Ukrainian state and allied relations, quoting at this the words of the Head of the Senate of the Czech Republic Yaroslav Kubera, voiced at the inauguration ceremony of the newly elected President of Ukraine on 20 May 2019. Mykola Selivon also noted the invaluable assistance of Czech friends in the process of establishing Ukrainian arbitration, in particular the assistance of such Czech arbitrators as Bohuslav Klein, Vojtech Trapl, Alexander Bĕlohlávek, who from the first years of the ICAC operation were included in its Recommendatory List of Arbitrators, and Karel Marek, who joined the List a bit later. The Ukrainian delegation wished the Czech colleagues successful work and fruitful cooperation between our arbitration institutions. 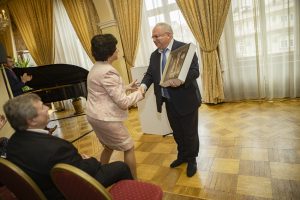 During the events, in discussions and friendly conversations with Czech colleagues and foreign guests, the delegation of the ICAC promoted the Ukrainian model of organization and operation of the permanent arbitration institutions at the Ukrainian Chamber of Commerce and Industry; the features of the Ukrainian arbitration and its statistical data were highlighted, examples from the practice of its activities were cited. All interlocutors were also invited to take part in the VI International Arbitration Readings in Memory of Academician Igor Pobirchenko, which will be held on 10 October 2019.

On 27 May 2019 upon the invitation of the Arbitration Court attached to the Czech Chamber of Commerce and the Agricultural Chamber of the Czech ... 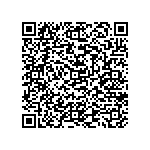