The ICAC Annual Report 2020: 24 pages of insights and up-to-date information on the development of international arbitration in Ukraine and the world

The International Commercial Arbitration Court at the Ukrainian Chamber of Commerce and Industry (the ICAC) presented the 2020 Annual Report. The Report contains statistics of arbitration proceedings by the ICAC, as well as a brief analysis of changes in international arbitration under the influence of COVID-19, its impact on the future of arbitration in Ukraine and the world, and the ICAC’s contribution to securing Ukraine’s pro-arbitration position and improving arbitration awareness among business, investment, and legal communities.

In 2020, international arbitration around the world has experienced a rapid and comprehensive integration of technology into the dispute arbitration process. In just a few months, the pandemic forced arbitration to make changes which would otherwise have taken years to come. Although, both arbitrators and disputing parties see not only the benefits but also the disadvantages of the limited capacity to hold face-to-face hearings, the pandemic has undoubtedly changed arbitration institutions and the process of arbitration.

2020 was a powerful impulse for change of the ICAC’s daily operations. Although arbitration is a very flexible method of dispute resolution, its procedures yet have to be thoroughly regulated. Therefore, the Presidium has developed and approved amendments to the ICAC and the UMAC Rules, which now regulate the expanded use of technology during remote arbitration, namely:

In addition to these innovations, a number of provisions of the ICAC Rules have been improved. Several preparatory steps have been taken to make arbitration 100% digital.

“The ICAC streamlined the arbitration processes and procedures with the covid requirements and improved the effectiveness, comfort, inclusivity and access to arbitration for all users,” said Mykola Selivon, President of the ICAC.

IMPORTANT TO KNOW: The challenges of 2020 have shown that the values, upon which the ICAC builds its work, ensure the institution’s resilience to external factors, unprecedented trust, and reputation among the international professional arbitration communities.

Caseload. Last year, the number of cases registered increased by 28.7%. In the period from 1 January to 31 December, 2020, the ICAC registered 341 cases, 207 of which were considered by the Arbitral Tribunals, and proceedings on 30 cases were terminated by the orders of the ICAC President.

Challenging the ICAC’s awards. Traditionally, the number of arbitration awards set aside does not exceed 1%.

Origin of the parties. The number of parties to cases, registered by the ICAC increased from 52 to 58 countries: 49 foreign countries and 8 countries form the Commonwealth Independent States and Ukraine. In 2020 the majority of cases were initiated by businesses from Belarus, Cyprus, Germany, Poland, Switzerland and the UAE, the number of arbitral proceeding conducted in English increased by 31%.

This year, the umbrella topic of the Readings was “Arbitration for business, or reforms for reforms sake?” The event was dedicated to an open dialogue between public authorities, business, and legal community on the development of international arbitration in Ukraine. The conference was organized in a new hybrid format, consisting of offline dialogues with high-quality online broadcast. More than 440 delegates watched the Readings live, and the other 960 spectators watched the recording of the event, which is a record-breaking number of viewers. This year, the Readings were accredited by the National Bar Association of Ukraine for the first time.

IMPORTANT TO KNOW: the ICAC is moving towards the specialization of arbitrators, state courts employ a more progressive and modern approach towards international arbitration, which proves a pro-arbitration regulatory environment in Ukraine. Additionally, the ICAC is ready to expand and develop its services to fulfill the demand of business for efficient and timely dispute resolution in Ukraine.

LOOKING INTO THE FUTURE

Ukraine is still in the process of judicial reform and consideration of relevant draft laws to provide the country with mechanisms that will allow citizens and legal entities to choose the format, specialists, procedures, and processes for dispute resolution.

Therefore, the ICAC will continue to cooperate with public authorities, which are the main stakeholders in shaping pro-arbitration regulatory environment in Ukraine.

The ICAC will continue to be involved in expert work to improve the relevant legislation.

The ICAC continues cooperation with the specialized Committee of the Ukrainian Parliament aiming at developing draft laws, which would shape pro-arbitration regulatory environment in Ukraine.

The ICAC aims at improving its operations by introducing digital tools to all aspects of its work. The ICAC is testing online platforms in order to choose the one which would be most convenient for both foreign and Ukrainian users. The platform will protect the rights and interests of the parties during online hearings. The Panel of Arbitrators will be vested with broader authorities as to defining the procedure and the format of arbitration consideration of cases.

IMPORTANT TO KNOW: In response to today’s inquiries, arbitration institutions are likely to offer expanded lists of the types of disputes that could be considered based on the written documents with no oral hearings involved. Arbitration proceedings will go hybrid. Considerable savings on travel expenses as well as the flexibility of virtual hearings will make them even more popular in the future.

New forms of dialogue with users

In addition to cases consideration and cooperation with state agencies, the ICAC is actively working to promote arbitration in Ukraine. In 2020, the ICAC representatives joined professional Ukrainian and international events, and introduced a number of educational and discussion projects.

During May 2020, the ICAC held free webinar sessions “ICAC WEBINARS”. Users of arbitration services, their representatives, as well as lawyers

Also, the ICAC has successfully launched a new international project – Inside Arbitration – a series of expert talks on arbitration moderated by the ICAC President Mykola Selivon.

Together with the legal newspaper Yurydychna Praktyka, the ICAC has launched a new joint media project that discusses the benefits of

arbitration and arbitration as a career in a series of blitz interviews with leading international and Ukrainian ICAC arbitrators.

The ICAC has also launched a new video project “Why ICAC?” where experienced arbitration lawyers and arbitrators talked about the benefits of dispute resolution in the ICAC, and shared their impressions about arbitrating in the most popular arbitration institutions. All materials of the project are available on the official Facebook page of the ICAC.

In addition, the ICAC representatives participated in a number of professional events as speakers and moderators: Level Up Ukraine business forum, international conference under the auspices of the President of the Republic of Poland “Arbitration and Mediation in Theory and Practice”, a specialized conference for companies with business interests in international trade of goods and services Law & Trade A2B Forum, discussion “Gap analysis of the implementation of the mediation institution in Ukraine”, seminar “Study of the Lithuanian experience of ADR implementation in Ukraine”, professional discussion “Fair Court for Business. Is it possible in Ukraine?”, Ukrainian Arbitration Forum, webinar “Foreign economic activities in times of COVID-19”, IX Annual Judicial Forum “Vector for Development 2020”, etc.

You can view the report by following the link

Add to calendar 20210511 20210511 Europe/Kiev The ICAC Annual Report 2020: 24 pages of insights and up-to-date information on the development of international arbitration in Ukraine and the world

The International Commercial Arbitration Court at the Ukrainian Chamber of Commerce and Industry (the ICAC) presented the 2020 Annual Report. The ... 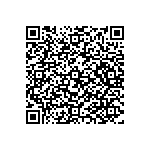