Recent years have brought more sad stories. One arbitrator was killed in Africa. Shut down by a professional murderer, hired most probably by a person unhappy with the award he issued. Recently three arbitrators were sentenced in absentia in Qatar. They issued an award against the interests of an enterprise owned by the uncle of the Emir of Qatar, which caused harm to the Qatari royal family. I know of a case in international arbitration, where following the arbitrators’ deliberations one of the arbitrators was arrested and imprisoned for “acting contrary to the interest of the State.” That happened in the arbitrator’s own country. The arbitration institution had to replace him, to get the arbitration completed. It is common knowledge that an arbitrator was kidnapped by secret service agents from his country of origin. He disappeared for many weeks. The incident occurred not in a jungle but at the Amsterdam international airport.

Arbitrator’s position is defined to some extent by his\her sense of safety. Can we have efficient arbitrators if they don’t feel safe? Do we have an efficient international arbitral tribunal composed of three members if one of them feels safer than the others only because his national law grants him better immunity than the national laws of his two colleagues? Is it correct that the arbitrator of one nationality enjoys full protection and the others do not?

There are countries; some of them highly democratic, where one cannot enforce a foreign arbitral award if it “runs contrary to the national interest of the State”. Can the arbitrator who has rendered such an award feel safe? 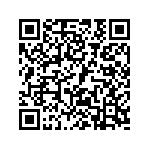