On 10 June 1992 – exactly 30 years ago – the Presidium of the Ukrainian Chamber of Commerce and Industry established the International Commercial Arbitration Court (the ICAC) and approved of its Rules. From that very day until now, the ICAC is committed to improving and enhancing the efficiency of the administration of arbitration proceedings in line with the best international standards of dispute resolution.

The extended meeting of the Presidium of the ICAC was attended by representatives of the legislative, judicial and executive branches of power, arbitrators, honourable guests and true friends of the ICAC.

Opening the Presidium meeting, Mykola Selivon, the President of the ICAC, introduced the honourable guests, including:

Mykola Selivon’s address “The 30th Anniversary of the ICAC: A Look at the Future through the Prism of History”

In his opening address Mr. Selivon escorted the guests through the milestones in the history of the ICAC, its formation, recognition of the arbitration community, as well as the approaches and principles of work, that secured the ICAC’s well deserved place among the leading arbitration centres of Eastern Europe.

“30 years ago, the ICAC founders unmistakably sensed the tendencies that should be attributed to international arbitration. For example, it has been only recently when the principle of judicial integrity has been introduced into the Constitution of Ukraine. The ICAC has been adhering to this principle for 30 years now, making the ICAC the only jurisdictional institution in Ukraine that has never been accused of or associated with corruption”, – said Mykola Selivon.

The ICAC President outlined the following principles of the ICAC’s operations that have contributed to the institution’s success: fees, speed and efficiency. Mr. Selivon stressed that not a single ICAC’s award, issued during the last three years, has been set aside.

Summarizing the results of the work of the arbitration institution, Mykola Selivon shared his observations of the lessons learned that will become the key to future success .

Legal field. For the development of international commercial arbitration, the formation and functioning of a favourable regulatory field is essential. The Law of Ukraine “On International Commercial Arbitration” as well as the new edition of the Commercial Procedural and Civil Procedural Codes of Ukraine now provide the necessary legal framework for the development of arbitration in Ukraine. The current state of legal regulation is favourable for international commercial arbitration. Taking into account that the reform of the legal framework is ongoing, Mykola Selivon noted that any further changes in the legal regulation of arbitration should be well-balanced and aimed at preserving the pro-arbitration state policy.

National Arbitration Institute. For an economy to grow and investment to flow, it is essential to have, protect and develop a national arbitration institution. Firstly, this approach gives confidence to domestic business that its interests will be protected and disputes will be effectively and transparently resolved at home, in Ukraine. Secondly, the work of such institution promotes the development of the market of legal services. In the majority of disputes, considered by the ICAC, the parties are represented by law firms. Thirdly, the experience of developed pro-arbitration countries suggests that the state should pursue a policy of supporting its own arbitration institution, for example, by motivating state authorities and state-owned enterprises to include the ICAC’s arbitration clause into international treaties and commercial agreements. A successful national arbitration institution impacts greatly the international image of a country.

Support of arbitration by the judicial system. In recent years we have seen a clear, positive and revolutionary breakthrough in exercising control over arbitration by state courts. Ukrainian courts formed a progressive pro-arbitration court practice on the basis of the reformed procedural legislation. Such breakthrough had a positive impact both on the activity of the ICAC, business and the legal market.

Future Horizons. In 30 years the ICAC has become financially, infrastructurally and intellectually self-sufficient. Over the past few years, the ICAC has shown outstanding sustainability under the conditions of constant reform of the legal framework and state authorities. Therefore, it is fair to say that international arbitration in Ukraine will develop in parallel, however independently from the development of state policy on arbitration.

The ICAC has proved impressive institutional resilience to the most hazardous external challenges. It has been uninterruptedly considering cases during the COVID-19 pandemic in 2020 – 2021, and after the start of a full-scale military invasion by russia on 24 February 2022, the ICAC resumed work in just three weeks after russia had dropped its first bombs on the territory of sovereign Ukraine and, in particular, on Kyiv.

One of the development vectors for the ICAC is introducing new services for users, namely the mediation of commercial disputes and the resolution of investment disputes, which corresponds to global trends in arbitration. Knowing that the war will end with the victory of Ukraine and investors will flow to Ukraine, the President of the ICAC has addressed the representatives of the legislative and executive branches of power with the proposal to introduce appropriate legislative changes to allow international commercial arbitration institutions considering investment disputes.

Quality of arbitration services in Ukraine

Rustam Kolesnyk, the editor-in-chief of the “Yuridicheskaya Praktika” Publishing House, presented the findings of the historic first research into the quality of arbitration services in Ukraine. Mr. Kolesnyk focused mainly on the following survey findings.

The key motivation for including the ICAC arbitration clause into commercial contracts is Ukrainian residency of one of the parties to the contract (42%), the best combination of efficiency, fees and comfort of dispute resolution (33%) and positive previous experience of dispute resolution in the ICAC (25%).

The main advantages of the ICAC in comparison with other arbitration institutions are price-quality ratio (64%), comfort of the process and geographical location of the ICAC (40% each) and low rate, less than 1%, of awards set aside (28%). At the same time, 88% of users are completely or generally satisfied with the quality of arbitration services. The main competitors of the ICAC, according to the research, are the VIAC (52%), the SCC (48%) and the ICC (24%).

The research also included the study of expectations of the ICAC users. 92% of respondents expect the extension of the ICAC services with investment arbitration, and 75% of respondents support the addition of mediation in commercial disputes to the ICAC’s service line. At the same time 60% of users refer to the creation of new specialized state courts, in particular, a State Investment Court, and new permanent arbitration institutions in Ukraine as “unreasonable”.

“The first comprehensive assessment of international arbitration in Ukraine shows that the Ukrainian arbitration institution enjoys uncompromised trust of its users. This statement is confirmed both by our research and the assessment of the Global Arbitration Review, which has included the ICAC into the White List of institutions worth a closer look “ – said Rustam Kolesnyk.

Bohdan Lvov, Chair of the Commercial Court of Cassation within the Supreme Court and Yuliya Cherniak, the Judge of the Civil Court of Cassation within the Supreme Court, praised the competences and professionalism of the ICAC arbitrators as well as the high quality of the ICAC’s arbitral awards. In addition, they expressed support for international commercial arbitration institutions to be able to consider investment disputes.

Before closing the Presidium meeting Mykola Selivon granted special appreciation awards to the ІCAC arbitrators, the ІCAC Secretariat and honorary guests for their personal contribution to the establishment and development of the ІCAC, the promotion of its positive image on the international scene and productive operation of international arbitration in Ukraine.

Never before during its 30-year history have the solemn events of the ICAC had such a bitter flavor, the flavor of the war. The ICAC, however, firmly holds its front by ensuring effective protection of the legitimate rights and interests of the parties, boosting the investment attractiveness of Ukraine and its economic flourishing after Ukraine’s victory in the unjustified war. 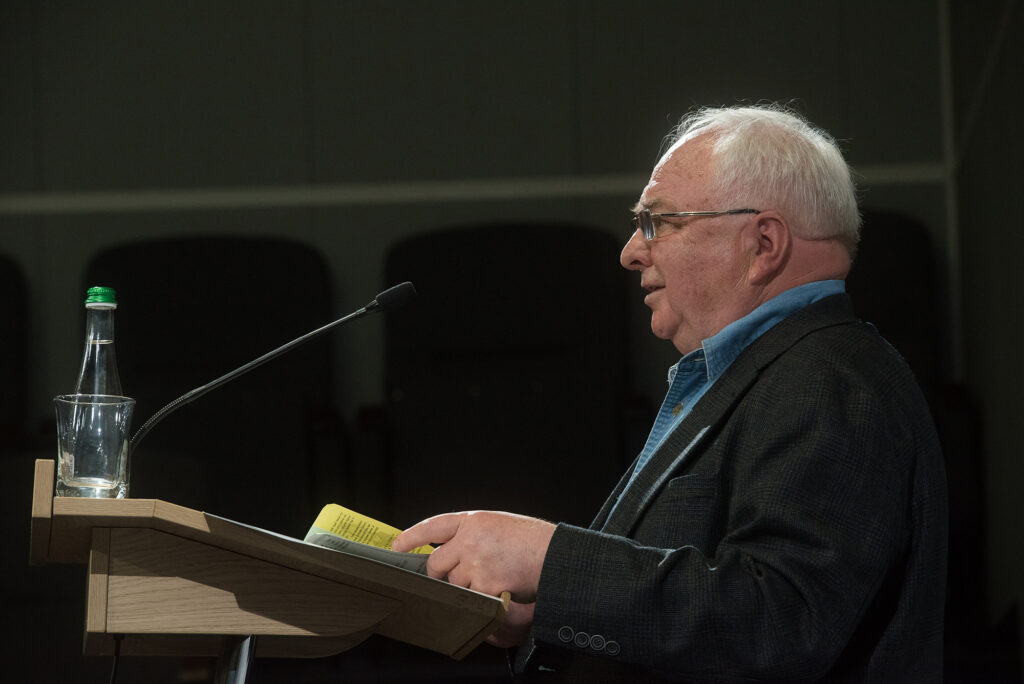 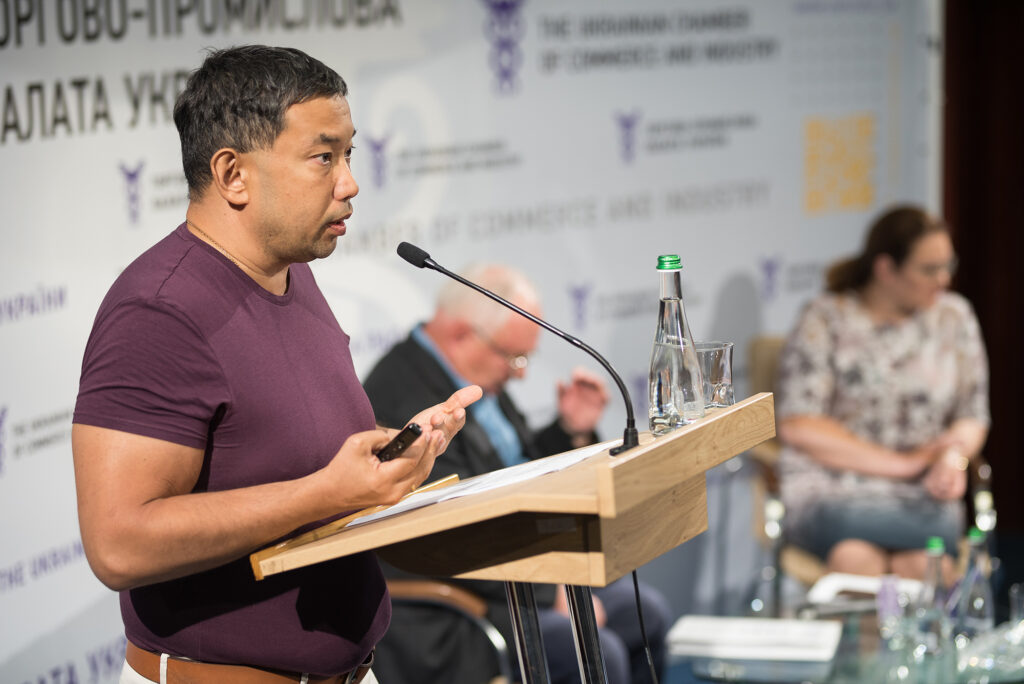 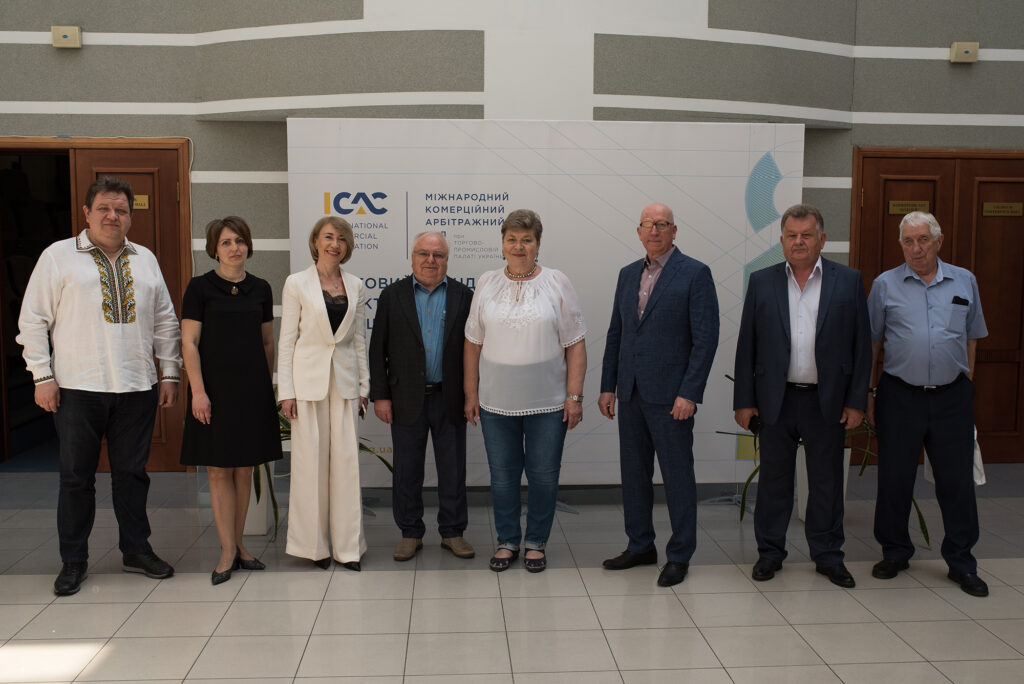 On 10 June 1992 - exactly 30 years ago - the Presidium of the Ukrainian Chamber of Commerce and Industry established the International Commercial ...