A round table: «Limits of court intervention in international commercial arbitration»

The topic of the round table was determined by the necessity to discuss some of the tendencies that have emerged in the practice of general and economic courts with respect to international arbitration. The topic’s actuality as a consequence attracted a lot of interest to the round table among the legal community. 72 participants took part in the work of the round table, among them:

The round table was opened by Mykola SELIVON, Academician of the Ukrainian National Academy of Law Sciences, Professor, President of the ICAC and MAC of the Ukrainian CCI, who has explained that the reason for holding the roundtable is the need for further improvement and development of cooperation of the judiciary and the International Commercial Arbitration Court, especially in the field of assistance to arbitration.

The participants of the round table, in particular the representatives of the judicial authorities, have unanimously supported the need to improve the procedural legislation, which establishes the procedure for challenging, recognition and enforcement of arbitral awards, particularly with regard to withdrawal of these cases from the jurisdiction of the courts of first instance and refer them for the consideration of the courts of appeal. In addition, manifestly unjust have been deemed the provisions of the Code of Civil Procedure, which oblige the court, while recognizing the award, to convert the foreign currency specified in the arbitral award in the Ukrainian hryvnya. They have also noted that, by virtue of international law and the Law of Ukraine «On International Commercial Arbitration» one of the important functions of the state courts is to provide support and assistance to the arbitration proceedings. However, there are no procedural rules in the legislation of Ukraine that enable courts to ensure the implementation of this function, that almost makes it impossible for the courts to provide such a support or assistance to arbitration. The most acute problem for the courts is to take interim measures in support of arbitration, the possibility of which is provided by Article 9 of the Law of Ukraine «On International Commercial Arbitration».

The issue of arbitrability of certain categories of disputes is also topical. Specifically, unresolved is the question of whether the limitation of jurisdiction set for the arbitration tribunals (third-party tribunals) in Article 12 of the Code of Economic Procedure of Ukraine and the exclusion of jurisdiction for their consideration of disputes arising out of the conclusion, amendment, termination and execution of commercial contracts related to the satisfaction of state needs shall be applied to arbitration. Likewise, there is no single answer to the question of the arbitrability of corporate disputes.

The round table also discussed other important issues of cooperation between state courts and international commercial arbitration.

More information on Round Table (in Russian).

Add to calendar 20140904 20140904 Europe/Kiev A round table: «Limits of court intervention in international commercial arbitration» 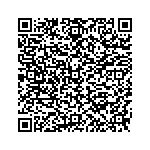