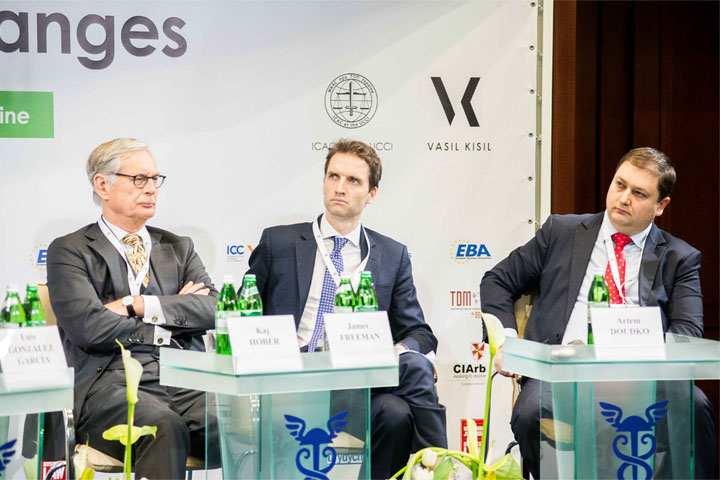 The conference brought together leading experts in the field of international commercial arbitration from Austria, Great Britain, Germany, Norway, the USA, Finland, Sweden, Switzerland and Ukraine. Due to the personal composition of moderators and speakers, the conference attracted considerable interest among the legal community as well as gathered over 220 participants, including arbitrators of the ICAC and MAC at the UCCI, judges, leading Ukrainian practitioners, researchers, academics and students participating in II Annual Vis Pre-Moot.

Given the current topic of the conference the event was opened with a welcoming speech of Pavlo PETRENKO, Minister of Justice of Ukraine, who noted the effective work of the ICAC at the UCCI during 25 years that demonstrates that Ukraine is moving in the right direction that ensures the rule of law. «It is a tool of civilized resolution of disputes. We are witnessing a trend, according to which not only private entities settle their disputes by means of international arbitration. Nowadays the public disputes as well are not uncommon within the field of commercial arbitration» – emphasized Pavlo PETRENKO. The Minister of Justice marked the relevance of the conference to Ukraine within those realities, which the whole world and our country faced: «arbitration is an important element in the process of defending the interests of Ukrainian companies and Ukrainian investors» that makes international arbitration a component of the world order. The Minister of Justice of Ukraine addressed the students participating in II Annual Vis Pre-moot with instructions: «I would really like to come a time when you would not have to be involved in litigations related to the loss or destruction of property, violation of human rights, aggression and war. I would like very much the word war to become a thing of the past, and the concept of violation of the right to life, right to liberty and the right to a fair trial was only a subject of study of the history of law» – Pavlo PETRENKO said. The participation of Corinne MONTINERI, a leading legal officer of the International Trade Commission of the United Nations on International Trade Law (UNCITRAL), attached particular importance to the conference. In her keynote address «Prospects of UNCITRAL in the light of new developments in international arbitration» Ms. MONTINERI highlighted the main directions of UNCITRAL future work in the field of international arbitration and conciliation, and invited the ICAC at the UCCI as an observer to join the Commission. A special address “ICAC at the Ukrainian CCI: 25 Years of Efficient Work in Line with the Global Standards” was made by Mykola SELIVON, President of the ICAC at the UCCI, who noted that during the years of activities the ICAC at the UCCI has become a recognizable Ukrainian brand, with its qualified arbitrators being the cornerstone of its success that provide effective, prompt, impartial and low-cost dispute resolution. Four conference sessions were dedicated to the most important trends of international arbitration: CIS experience in the field of international investment arbitration, particularly a lively discussion aroused the issue of prospects of Ukrainian investors in investment arbitration against the Russian Federation in connection with the annexion of the Crimea; the interim measures in arbitration, the analysis of the experience of operation of institute of the emergency arbitrator; rights and duties of arbitration courts in the context of combating against the abuse of the parties of their procedural rights, current trends in understanding the autonomy of the parties in arbitration; substantive and procedural aspects of the interpretation of contracts; gender, cultural and ethnic diversity in international arbitration.

Given the scheduled for 18 March 2017 Ukrainian Vis Pre-Moot, at the conference the Director of the Annual William C. Vis International Commercial Arbitration Moot Patrizia NETAL delivered her speech dedicated to history of the competition and its impact on international commercial arbitration.

On 18 March 2017 at the premises of the ICAC at the UCCI with the support of Vasil Kisil and Partners law firm the II Annual Vis Pre-Moot took place. In connection with the celebration of the 25th anniversary of the ICAC at the UCCI five cash prizes named after Academician Igor Pobirchenko – founder of international commercial arbitration in Ukraine – were set up to encourage the teams that participated in the moot.

The competition was attended by five student teams from universities of Ukraine and Turkey, which took the following places:

On 18 March 2017 at the premises of the ICAC at the UCCI with the support of Vasil Kisil and Partners law firm the II Annual Vis Pre-Moot took place. 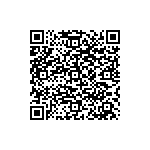