The international conference on “Alternative Dispute Resolution (ADR): a Location Factor in Global Competition – Germany, Poland and Ukraine in Focus”

The conference was opened by prof., Dr. Dres.h.c. Schroeder, Director of the Institute for East European Law Munich; Eugene Bersheda, corresponding member of the National Academy of Sciences of Ukraine, Deputy Director of the Institute for Legislation of the Verkhovna Rada of Ukraine, and Karl Poernbacher, partner at Hogan Lovells (Munich) and head of the working group of the project.

The first working session held on 18 November 2014 was dedicated to the role of the judiciary in international arbitration. The speakers of the session included the representatives of Germany, Poland and Ukraine (Mykola Selivon), who spoke on the trends, set out in the interaction between state courts and arbitration, existing problem issues and ways of their solution.

The second working session “Arbitration as a Location Factor” was opened by Prof. Dr. Winfried Bausback, Bavarian Minister of Justice, who made the report on “Modern Arbitration as a Location Factor in Global Competition among the Judicial and Economic Systems”. In his speech, he noted that “alternative dispute settlement and state proceedings relate to each other and should exist in a strong legal state. They act as guarantors and core of attractive economic environment”. Dr. Winfried Bausback also emphasized the extreme importance of the conference in identifying the opportunities and benefits of alternative dispute resolution, establishment of specific ways of its development and exchange of strategies. He also noted that the Bavarian Ministry of Justice, for its part, was ready by all means to support mechanisms for out-of-court dispute resolution in Bavaria and help to ensure that Germany had become an attractive place of arbitration.

During the second working session, the speakers from three countries spoke on the operating conditions of arbitration in their countries, legislative regulation, duration of cases consideration in arbitration and state courts in regard to enforcement of arbitral awards. In particular, it has been noted by the representative of Germany that in Germany the issues of consideration of applications for challenging and enforcement of arbitral awards are handled by judges of the Higher Regional Courts, which specialize and have a good understanding of the specifics of arbitral proceedings. In Germany, judges do not consider arbitration as their competitor and the judicial system is friendly to arbitration. Among the negative points, it has been noted that in Germany the state court shall appoint an arbitrator in case the parties fail to make such an appointment, which is not efficient and causes delays in arbitration proceedings.

The next day morning working session was dedicated to issues of mediation, its legal framework and practice. On the part of Ukraine, the representatives who made their reports and participated in the discussions were as follows: Galyna Yeromenko, Director of the Ukrainian Mediation Center, Kyiv-Mohyla Business School, Prof. Volodymyr Ustymenko, Director of the Institute for Economic and Legal Research of the National Academy of Sciences of Ukraine, corresponding member of the Ukrainian National Academy of Law Sciences and Tatiana Kyselova, Associate Professor at Kyiv-Mohyla Academy.

The second working session roused lively discussion in regard to recent developments and perspectives in ADR. In particular, much debate among the audience has been caused by the provocative questions of Cezary Wisniewski (Poland), moderator of the session, about whether the participants believe that arbitration ceased to grow in popularity and such traditional arguments that arbitration is cheaper, faster and more flexible will not work; “arbitration community” thinks primarily in terms of self-interest»; whether there is need in new institutional arbitration; whether the “amicable arbitration system” shall provide the highest possible level of intervention of state courts; what most favored tools on the part of the legislator shall be provided. 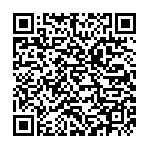