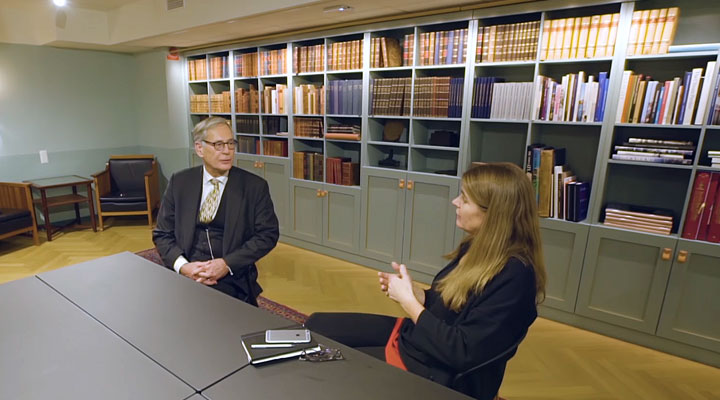 The Arbitration Institute of the Stockholm Chamber of Commerce has also significantly contributed to the development of the Ukrainian arbitration. Friendly assistance and support during the establishment of the ICAC at the UCCI, close cooperation between the two arbitration institutions, the desire of Swedish colleagues to share their professional experiences helped the ICAC in a short period of time become an equal member of the international commercial arbitration community. 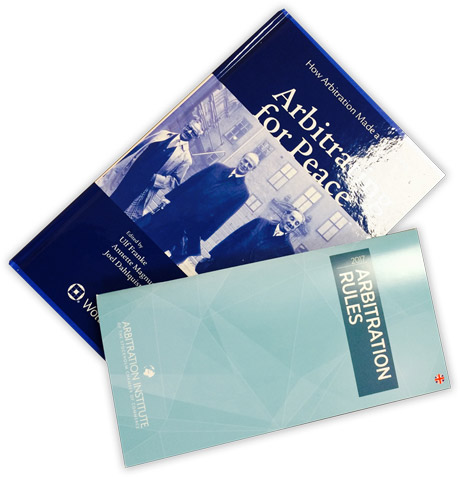 Thus, sincere and friendly atmosphere of the meeting of the Ukrainian delegation with Kaj Hobér, SCC’s Chairperson and Natalia Petrik, Legal Counsel of the Secretariat of the Institute on 18 January in the premises of the SCC brought back fond memories to the participants of a long-term cooperation, as well as set the pace to realization of further fruitful interaction between institutions. Mykola Selivon, President of the ICAC at the UCCI solemnly addressed a congratulatory speech to Swedish colleagues and as a gift for the 100-year anniversary of the SCC from ICAC at the UCCI presented a picture portraying the spiritual shrines of the Ukrainians – Sophia Kyivska. In their turn, the representatives of the Arbitration Institute of the Stockholm Chamber of Commerce, Kaj Hobér and Natalia Petrik, presented the Ukrainian delegation with a book dedicated to the Centennial of the SCC “Arbitrating for Peace”, as well as a sample of the new SCC Arbitration Rules, which entered into force on 1 January 2017. At the end of the meeting representatives of the SCC have been invited by the President of the ICAC at the UCCI to take part in the celebration of the 25th anniversary of the ICAC at the UCCI in Kyiv, scheduled for autumn 2017. 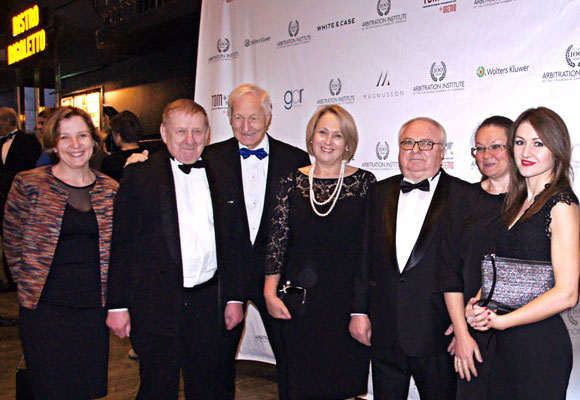 The celebration of the SCC Centennial kicked off on 19 January with the premiere of a documentary film about SCC at Stockholm’s Rigoletto theatre. Nearly 700 guests from around the world – representatives of the diplomatic community, arbitral institutes and organizations, law firms and Chambers of Commerce, including the delegation of the ICAC at the UCCI headed by Mykola Selivon, its President, – gathered at Stockholm’s Rigoletto theatre to see the film. 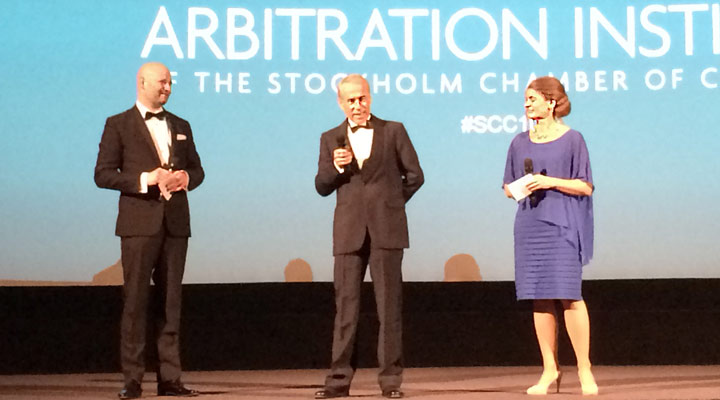 The Quiet Triumph – How arbitration changed the world, a documentary film (the producer of which is SCC Secretary General Annette Magnusson) portraying the development of international arbitration as a means for efficient and peaceful dispute resolution and its role in the development of international trade with a particular focus on the role played by Sweden and SCC. It also portrays the internationally-knownSwedish arbitrator Gunnar Lagergren, who took part in many high-profile cases, including the intergovernmental disputes on the issues of geopolitical nature. Besides, the arbitration experts from China, Russia, United States and Sweden participate in the film. 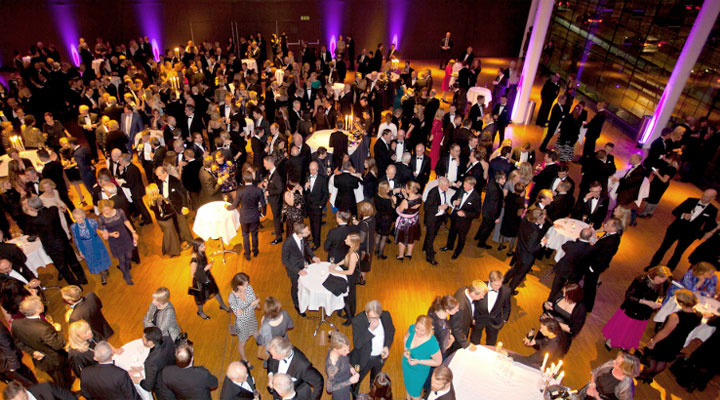 The premiere was followed by a grand gala dinner, which was attended by the Swedish Minister of Justice Morgan Johansson and the Mayor of Stockholm Karin Wanngard. In addition to congratulating the SCC, the guests of honour highlighted the importance of upcoming revision of the Swedish Arbitration Act taking place in 2017, and emphasized the importance of arbitration as a means for dispute resolution as well as expressed their pride of arbitration in Sweden and its contributions to a globalized world. 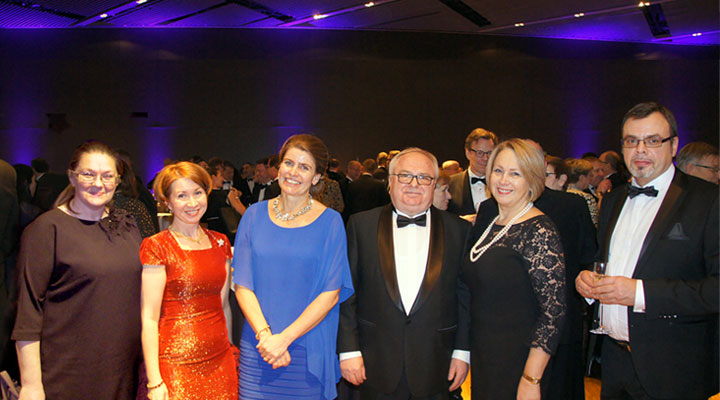 During the event, the delegation of the ICAC carried on conversations with SCC Honorary Chairman, the arbitrator of the ICAC at the UCCI Ulf Franke, SCC Secretary General Annette Magnusson, Honorary President of the Swiss Arbitration Association (ASA), former SCC Vice Chaiperson, international arbitrator Pierre Karrer, as well as foreign arbitrators of the ICAC at the UCCI Piotr Nowaczyk, Per Runeland, Galina Zukova, Alexandre Khrapoutski, Asko Pohla and Gunnar Nerdrum.

On Friday 20 January the participants of the ICAC’s delegation took part in a symposium on the topic “Arbitrating for Peace”. The event also marked the launch of a book on the same topic. 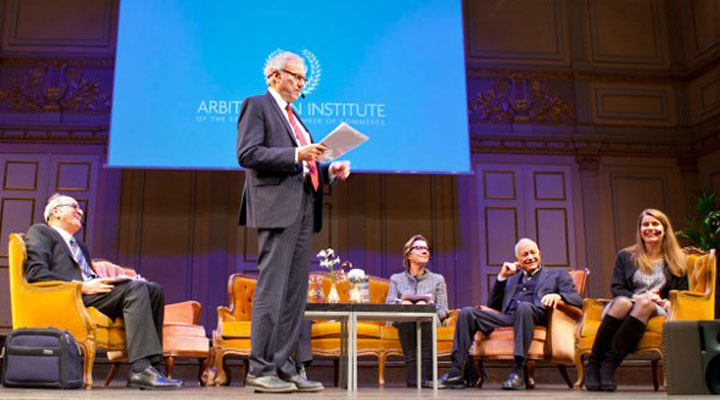 During the symposium a distinguished panel of experts composed of Dr. Nabil Elaraby (Egypt), Former Secretary General of the League of the Arab States; Ms. Lisa J. Grosh (United States), Assistant Legal Adviser at the US State Department; Dr. Mojtaba Kazazi (Iran), Former Head of the United Nations Compensation Commission (UNCC); and Judge Abdulqawi A. Yusuf (Somalia), Vice President of the International Court of Justice addressed the role of international arbitration in the peaceful resolution of international disputes.

The panel discussed past examples of peaceful dispute resolution through arbitration, and analyzed expectations for the future. The discussion also touched upon the challenges for international arbitration, and other options for using legal norms to achieve sustainable peaceful resolutions of disputes.

Using examples from the book «Arbitrating for Peace», Prof. Dr. Maxi Scherer of Queen Mary University presented an overview of different situations and disputes where arbitration contributed to constructive and peaceful resolution. 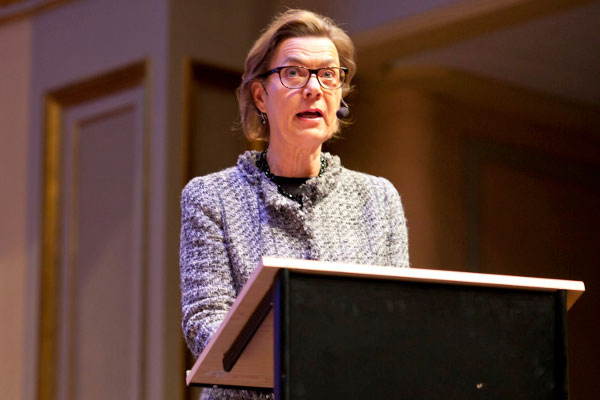 During the events, discussions and friendly talks the delegates of the ICAC promoted Ukrainian model of organization and operation of the permanent arbitration institutions at the Ukrainian Chamber of Commerce and Industry; highlighted peculiarities of Ukrainian arbitration and its impressive statistics, introduced examples from the practices of the ICAC and MAC at the UCCI.

In the course of the conversations carried on by the Ukrainian delegation all their participants were invited to take part in the celebration of the 25th anniversary of the ICAC at the UCCI, which will be held in autumn 2017. 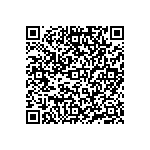