An arbitral award can be cancelled and/or its recognition and enforcement can be refused only in cases provided by the Law (in particular, by the so-called procedural grounds). Generally, a party against an arbitration decision will resort to such procedural grounds for the cancellation/refusal to recognize and execute the arbitration decision as improper notification of the party about the appointment of an arbitrator or about the arbitration proceeding. As noted by the UNCITRAL Secretariat in the Guide to the Convention on the Recognition and Enforcement of Foreign Arbitral Awards (New York, 1958), although this ground is often used by the parties, it was practically impossible to prove the fact of an improper notification. In order to assess whether the party knew (should have known) about the conduct of the arbitration, in fact the question of the delivery and receipt of notification was interpreted by most courts of the various countries without undue formalism, and the applicant’s reference to the fact that the person who received the notification is not legitimate representative of the parties to the dispute, was usually invalidated.

An arbitral award can be cancelled and/or its recognition and enforcement can be refused only in cases provided by the Law (in particular, by the ... 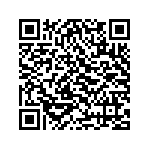