On 13 November Olga Kostyshyna, Advisor to the President of International Commercial Arbitration Court, took part in the Turkish-Ukrainian infrastructure Forum “Creating Opportunities Together”. The forum focused on expanding Ukrainian -Turkish cooperation in the areas of infrastructure development, international trade and protection of the interests of Turkish business via international commercial arbitration. 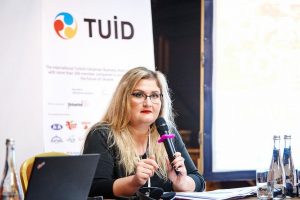 Ukrainian-Turkish cooperation economic cooperation is clearly gaining momentum. High-level speakers and significant delegate interest to the Forum speak to the fact. Alongside ICAC, the Forum gave floor to therepresentatives of the state authorities of Turkey and Ukraine, strategic infrastructure state enterprises, international financial organizations, Turkish and Ukrainian businesses and law firms. they included: 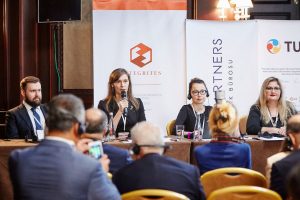 Olga Kostyshyna made her presentation at the session “Dispute resolution: preventing and resolving disputes efficiently”. The session was moderated by Olena Perepelynska, an ICAC arbitrator.

“Ukraine is a go-to destination for Turkish business not only due to opportunities in infrastructure development, but also as a seat of international arbitration. ICAC and UMAC offer competitive pricing, favorable geographic location, pro-arbitration state policy and access to world-class legal advice provided by ukrainian lawyers”.

According to ICAC statistics, since 2017 ICAC caseload involving a Turkish party has gone up by 60%. “Responding to this trend, ICAC included a Turkish arbitrator to the Recommendatory List of Arbitrators, enabling Turkish business to choose the arbitrator, the language and the law of their home country to resolve disputes” – Ms. Kostyshyna continued.

Importantly, Turkish business entrusts ICAC to arbitrate not only Ukrainian to Turkish disputes, but also Turkish-to-foreign disputes. ICAC is currently considering two cases involving a Turkish party and a foreign party. This reinstates ICAC reputation as a leading arbitration institution and is well upheld by ICAC statistics.  ICAC awards are enforced in over 110 countries across the globe with only 3,5% of ICAC awards being challenged and less than 1% of ICAC awards being cancelled. 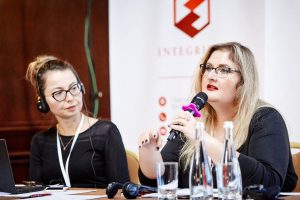 The ICAC is one of the most experienced and reputable arbitration institutions in the Eastern European region, considering an average of 300 cases per year.

In the first half of 2019, ICAC accepted 134 cases for consideration and considered 129 cases, 70 per cent of which had been resolved within 3 months.

On 13 November Olga Kostyshyna, Advisor to the President of International ...