During the first six months of 2020 the ICAC registered 153 cases, which is an increase of 68% compared to the same period last year. This demonstrates the end of the stagnation period and gradual increase in the number of cases, allowing the ICAC to reach the usual level of considering 300-500 cases annually. Given the COVID-19 pandemic as well as quarantine and restrictive measures taken in this regard, the ICAC experts predict the growth in the number of cases. 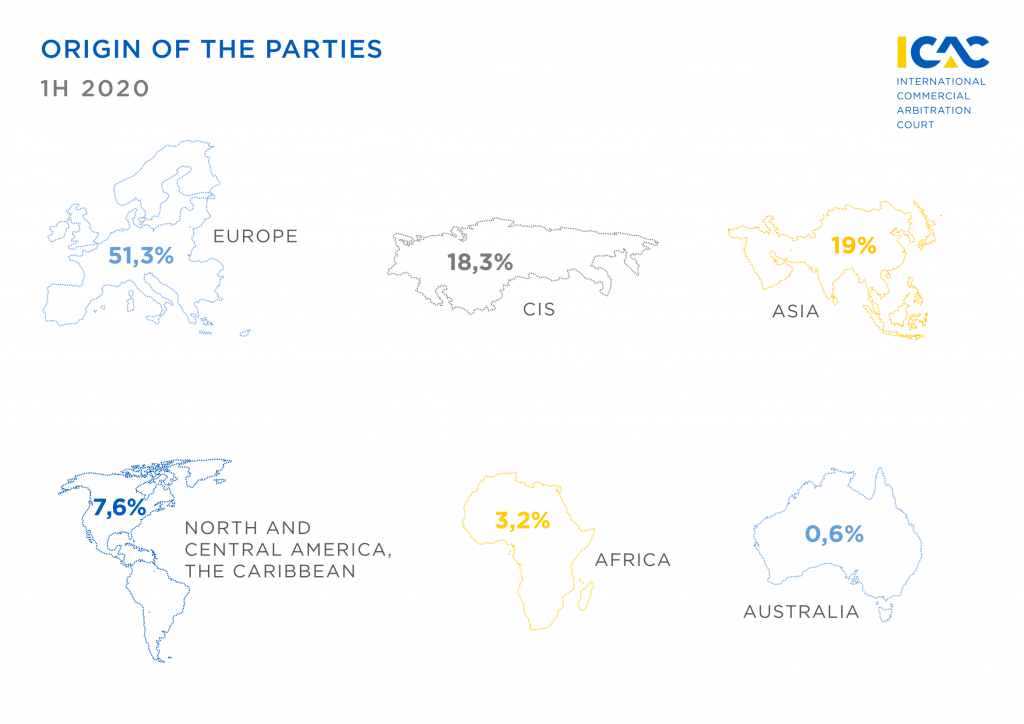 Despite the quarantine and restrictive measures, the ICAC at the UCCI traditionally provides for quick and efficient consideration of cases. 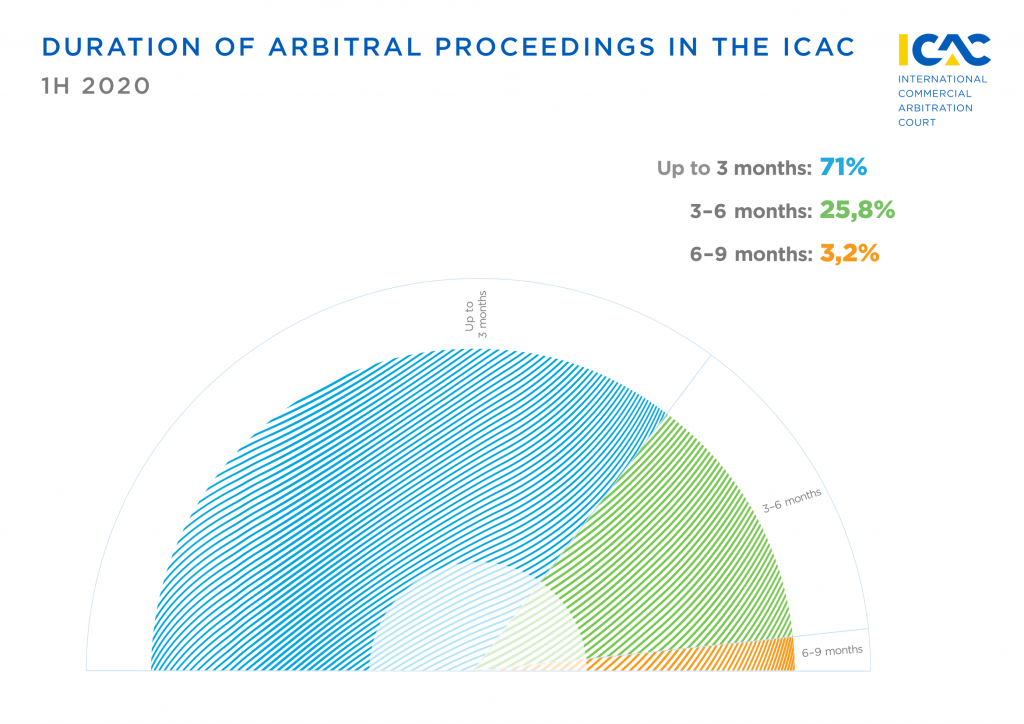 Branches, most actively using arbitration as a tool for dispute resolution, explicitly pinpoint the areas of the economy that are most operating, including in foreign markets. In the first half of 2020, these areas were chemical industry, agribusiness, light industry, metallurgy, energy and natural resources, machinery and food industry. 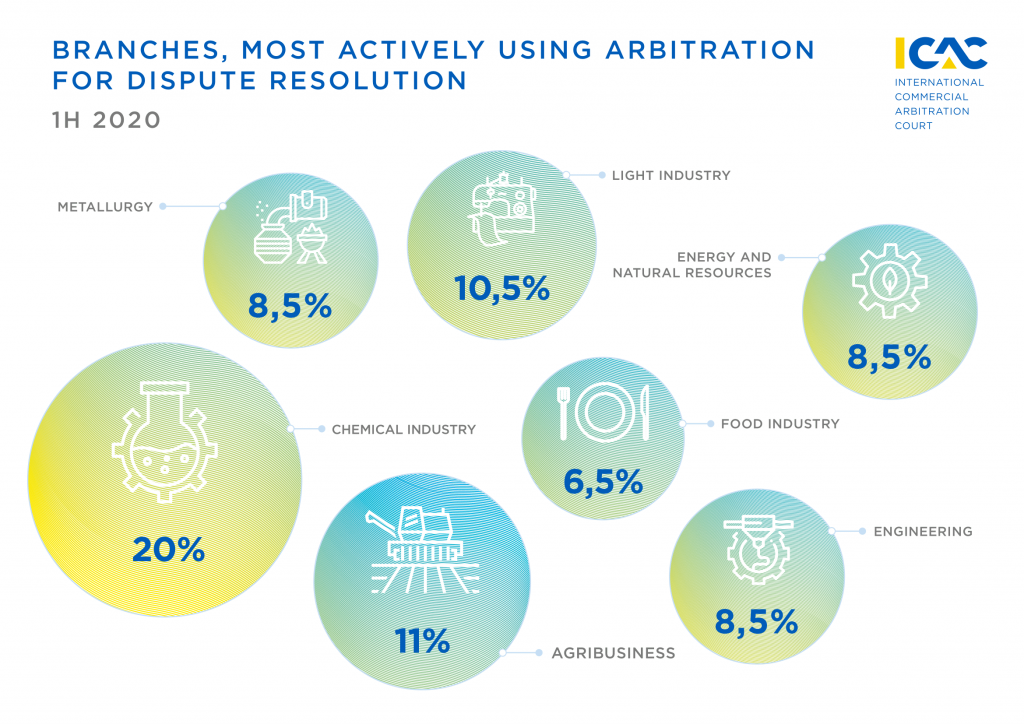 The ICAC activity during COVID-19 pandemic

During the COVID-19 quarantine and restrictive measures, the ICAC at the UCCI considered cases on a regular basis and in accordance with its Rules. All the cases were considered in compliance with the key principles of international arbitration such as effectiveness, time-efficiency, fair arbitral award issuing. The ICAC attempted to ensure the dispute consideration without unreasonable delays.

One of the most relevant and demanded opportunities was an ability provided by the ICAC Rules to participate in arbitration proceedings via the video-conference. This opportunity was actively used by parties to the cases as well as Arbitral Tribunal. The online cases consideration was held from both the ICAC equipped and the arbitrators’ own premises. This allowed not only to consider cases in compliance with all procedural deadlines, but also to save the financial resources of the parties, as neither they nor the arbitrators appointed by them incurred the costs of participation in the consideration.

The ICAC at the UCCI also responded to the situation in Ukraine and the world. Based on the need to balance the protection of rights and interests of the parties, their safety as well as the safety of the arbitrators and employees, the ICAC recommended that the Arbitral Tribunal and the users of its services 1) present the e-version of the documents related to the arbitration proceedings; 2) establish procedural schedules of cases consideration taking into account the current situation and the location of the parties; 3) adhere to remote interaction, hold organizational meetings and hearings via video or telephone conference.

Currently, the ICAC at the UCCI is working on the development of the online platform for its users and personal e-cabinets for the parties to the disputes, as well as on the modernization of the electronic document management system. These measures will allow the full digitalization of the administration of cases.

Due to the COVID-19 pandemic, a series of regional events scheduled for March-May to promote international arbitration, as well as roundtables with the Civil Court of Cassation and the Commercial Court of Cassation under the Supreme Court, had to be postponed until the end of quarantine and restrictive measures in Ukraine.

However, the ICAC at the UCCI has launched 2 online projects:

To promote the ICAC at the UCCI among the foreign users, alongside the Facebook page, the ICAC created an official LinkedIn page and launched a series of English-language interviews with leading lawyers and Ukrainian arbitrators of the ICAC – Arbitration in Faces. During the interviews, well-known arbitrators share with the audience their thoughts on the benefits of arbitration, interesting facts and advice about the career of an arbitrator. The project was successful and interesting for the audience, so the Russian-language version of the interview is published in the publication “Yuridicheskaya prarkita”.

To execute the decision of the ICAC and UMAC Presidiums of January 30th, 2020 three Working Groups were created and staffed:

In addition, the ICAC is actively working on the development of the Rules of Mediation. The Verkhovna Rada of Ukraine approved the first reading of draft Law № 3504 “On Mediation”, submitted by the Government of Ukraine. The ICAC experts, who were members of the Working Group under the Ministry of Justice of Ukraine responsible for development of the draft Law of Ukraine “On Mediation” and proposals on ratification of the UN Convention on International Settlement Agreements Resulting from Mediation, took an active part in preparing this draft Law. Therefore, after the draft Law is passed by the Parliament of Ukraine, the ICAC at the UCCI will have all the legal grounds for providing its users with mediation services.

During the first six months of 2020 the ICAC registered 153 cases, which is an increase ... 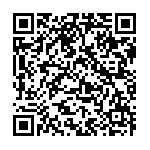