The first session – “Alternative Reality” – was moderated by Oleg Malinevsky. According to him, the development of an alternative dispute resolution system is one of the priorities of the current judicial reform. In recent years, there has been clear progress in this direction, including amendments to procedural codes and the preparation of the Law on Mediation. 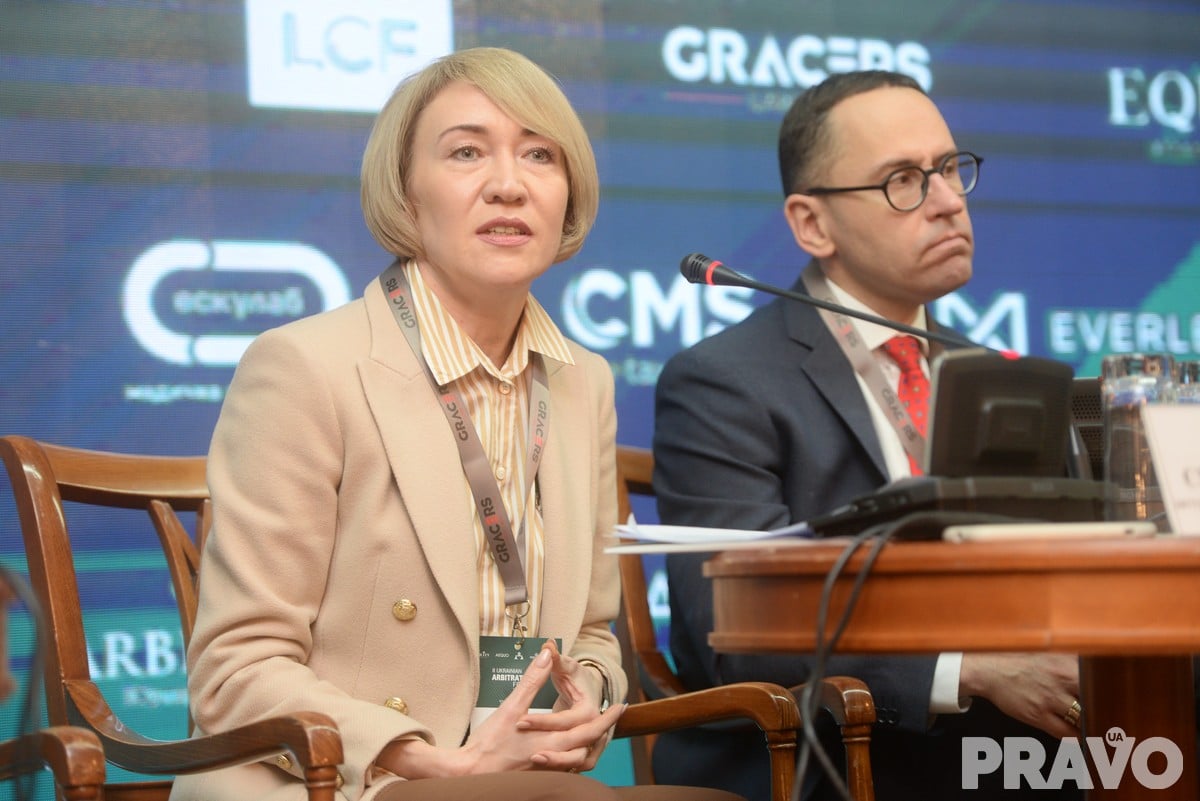 Nikolas Ireland Senior counsel  at Macfarlanes (UK), joined the forum by videoconferencing. The expert spoke about the practice of alternative dispute resolution in the UK and the benefits of English law for the Ukrainian parties to the conflict. “English law provides an opportunity to assess the ability of the parties to reduce pressure in various ways, especially in situations when the progress of the case is long, takes a lot of money and effort,” – said the speaker.

Then Anna Guillard Sazhko, an associate at Sherman & Sterling (France), the law firm that also represents Ukraine’s interests in investment arbitration, took the floor. The speaker touched upon the trends in investment arbitration. The most prominent are the growing activity of arbitration institutions, specializing in the field of energy and environmental protection; gender equality and geographical diversity of arbitrators; increased attention to smaller-amount disputes. “It is important that even small investors have the opportunity to use arbitration. After all, sometimes a dispute of $ 100,000 can be more difficult to resolve than a dispute of $ 1 billion”, the speaker noted. As for trends in agreements between the state and investors, some countries abandon the old agreements with investors altogether, and in the new agreements they pay more attention to provisions that oblige investors to follow environmental standards, respect the laws and human rights.

Yulia Atamanova, partner, head of the international arbitration practice of LCF Legal Group, tried to address this question. According to her, alternative dispute resolution methods are developing and becoming even more trustworthy. What can help increase the resolution of international disputes in Ukraine? Firstly, it is legislative support for arbitration, in particular, the adoption of the Draft Law №5347 “On Amendments to Certain Legislative Acts of Ukraine to Improve the Arbitration.” Secondly, the high quality of arbitration, which has increased significantly over the past 10 years. Third, expanding the range of arbitrable disputes, in particular, through corporate and investment disputes. Finally, reducing the time for arbitration and costs of the parties.

“Now in Ukraine a highly professional and highly competitive environment of arbitration lawyers has been formed. Just think of it: there are 122 arbitrators from 35 countries, and more than 60% of them are foreigners in the recommended list of the ICAC. Therefore, the options to choose from are very broad. Many of the arbitrators on the recommended list are international respected professionals –  not only Ukrainian and foreign scholars, but also practicing lawyers listed in Chambers, The Legal-500, Who is Who. These are well-known names that are respected by the international community, – the speaker emphasizes. According to Yulia Atamanova, “having a high-quality arbitration institution with extensive experience is a great asset of Ukraine. The ICAC shows very good development dynamics. And this is confirmed by the fact that this year the international publication GAR recognized the ICAC as an arbitration institution worth a closer look. ” Therefore, according to the speaker, Ukraine does not need to increase the number of arbitration institutions.

Iryna MOROZ, partner of AGA Partners Law Firm, continued the topic of prospects for increasing Ukraine’s arbitration attractiveness. The speaker focused on the criteria that practicing lawyers take into account when choosing an arbitration institution. These include trust in the institution, effective mechanisms to support and facilitate arbitration, and available precautionary measures. Unfortunately, not all of them in Ukraine work sufficiently well. “However, I want to emphasize that there are very effective impulses and actions to increase Ukraine’s arbitration attractiveness. This includes the activities of the ICAC, which will celebrate its 30th anniversary next year, – said the speaker. “We have something to be proud of, because we have an arbitration history that we are building.” As for the prospects, there is a wide range of commercial disputes that Ukraine can compete for. Also, in order to increase Ukraine’s arbitration attractiveness, it is necessary, among other things, to increase the efficiency of the judiciary and reform substantive law.

At the end of the first session, the forum delegates were offered a very exclusive bonus. Rustam Kolesnyk, Editor-in-Chief of Yurydychna Praktika Publishing House, presented selected results of the Research on the Quality of Arbitration Services in Ukraine – 2022, which was conducted for the first time in the history of the Ukrainian arbitration. The survey covered two groups of respondents: businesses that use international arbitration as a method of resolving disputes, and law firms that practice international arbitration. And although the complete research findings will be presented in early 2022, some of the results were announced at the forum.

The second session of the forum – “Arbitral Rules developments. What new opportunities have opened up with the modernization of the arbitration Rules” began with an introductory speech by the moderator Ivan Vashchynets, partner of ARBITRADE. According to him, in recent years, arbitration practices have been influenced by several factors. The first one is digital technology, which has been integrated into arbitration practices and put security and data protection on the agenda. The second one is the communication constraints caused by the pandemic. Therefore, in order to adopt to the new normal the arbitration Rules have to be modernized.

Then four foreign experts held online presentations on the digitalization of arbitration Rules in their institutions. Natalia PETRYK, Legal Adviser at the Stockholm International Court of Arbitration (SCC), spoke about the new challenges and procedures in institutional arbitration and the SCC’s experience. In particular, in 2019, the Digital Communication Platforms were launched there, which allowed to consider cases in a fully digital format. The platform has received positive reviews, and this software will continue to be used by many other arbitration institutes. More than 1 million documents have been uploaded on the digital platform in two years, and today it is used in 100% of SCC’s current case.

Olga Kostyshyna, Adviser to the President of the ICAC, dedicated her presentation to the topic of digitalization and virtualization of arbitration. The speaker noted that digitalization-friendly provisions had been part of the ICAC Rules long before the pandemic. For example, the provision on the additional awards has been in the ICAC Rules since 2007. In 2017, the provision on remote hearings was adopted. In the same year, all ICAC awards were cataloged in several ICAC collections of practice and published free of charge on the website. They are searchable by context and by catalog. “The main driving force behind the amendments to the ICAC Rules is the desire to improve,” said Olga Kostyshyna. “We are responding to the demands of our current and potential users.” 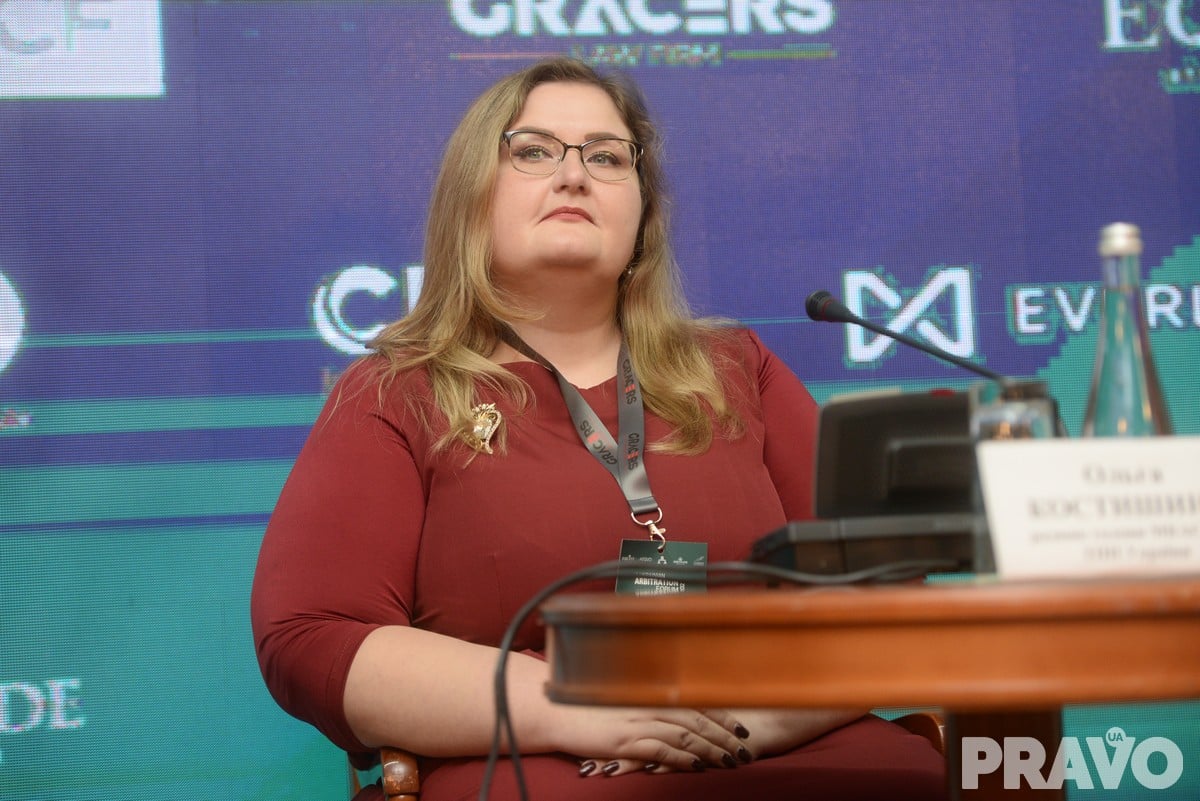 According to the speaker, the online ICAC platform is currently under development. This process is not as fast as in the arbitration institutions of Western countries. After all, Ukrainian courts still request to submit cases in paper form, and until the digital key certification center is operational, the problem of processing electronic digital signatures of foreign arbitrators and foreign parties to disputes before the ICAC remains relevant in Ukraine.

Commenting on the research on the quality of arbitration in Ukraine, Olga Kostyshyna noted: “Indeed, our users expect us to administer cases, provide mediation services, hybrid procedures and event more. However, the ICAC operations are regulated by law and are not very flexible. Therefore, we are waiting for the final signing of the Law on Mediation. We have a lot of experience in both mediation and hybrid procedures. The work never stops, and we have saved more exiting developments for our 30th anniversary next year. ”

At the end of the second session, Olga Shenk, Counsel of CMS Cameron McKenna Nabarro Olswang, shared information about the financing of arbitration claims by a third party. “the practice is growing, because we are seeing more and more cases referred to arbitration, while the arbitration costs are growing,” she said. The third party is usually an independent financial institution that is willing to finance the arbitration process in exchange for a certain amount of (usually 30-50%) the dispute. Olga Schenk listed arbitration institutions that practice third-party funding, as well as the types of disputes attractive for third-party funding investors.

To view reflections of Event, please follow this link 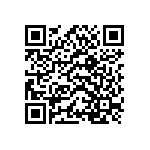