On 20 September the International Council for Commercial Arbitration (the ICCA) Congress, taking place in Edinburgh, Stotland,  presented the updated 2022 Report of the Cross-Institutional Task Force on Gender Diversity in Arbitral Appointments and Proceedings (the Report).

The Report has been released for the second time in the history of international arbitration, being authored by the The Task Force representing 28 prominent arbitration institutions, law firms, organizations, and diversity initiatives. The International Commercial Arbitration Court of Ukraine (the ICAC) has been the only representative of the Eastern European region in the Task Force.

Gender Diversity in Arbitration: Why It Matters

Gender Equality in arbitration is both a requirement of international law and a benefit for arbitration efficiency. Non discrimination of women is a binding requirement of the United Nations Convention on the Elimination of All Forms of Discrimination Against Women (“CEDAW”) of 1979.  At the same time the 2020 report by McKinsey & Company found a statistically significant correlation between a more diverse leadership team and financial outperformance of an organization. 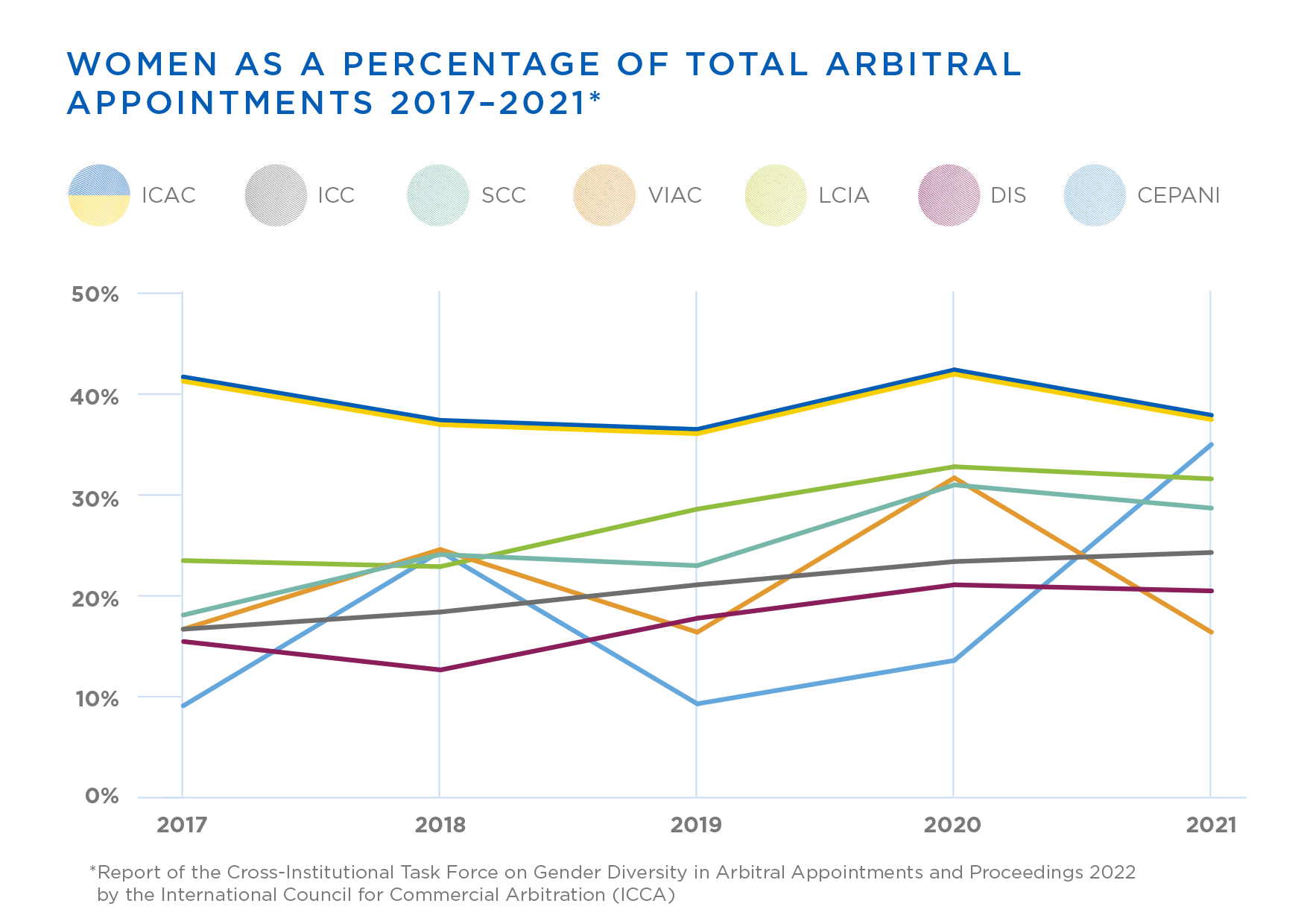 Unrivaled leadership of the ICAC

The Report repeatedly quotes the ICAC’s statistics as a reference of “notable” and progressive diversity practice.

The ICAC adheres to diversity principles in the composition of working groups tasked with government relations and policy shaping in the sphere of international arbitration and alternative dispute resolution development, as well as enhancing the reputation and promotion of international arbitration. For example, half (50%) of the panelists at the ICAC’s Annual Conference- the International Arbitration Readings in memory of academician Igor Pobirchenko –  were women in 2020. All working groups established by the ICAC in 2020-2021 are led by women.

Encourage participants in the arbitral process, presiding arbitrators, committees, governing bodies, and conference panels in the field of arbitration to include a fair representation of women. By doing so you would promote the reputation of qualified women in your institution through your stakeholders.

Informing qualified women about various opportunities and roles available at your institution, you build up trust and respect to the principles of gender diversity inside your institution.

Having assessed the current statistics on gender equality in your institution, identify goals, benchmarks,  time periods and action plans to reach those goals.

The Report offers some ideas and practical tips on the design and the contents of mentorship programs for women. You might consider expanding the ideas contained in the Report with recommendations of national and international diversity organizations. Implementing a mentorship program for women in your institution is a clear signal that gender equality is a sustainable institutional-level value.

Often people do not realize that they might be unconsciously or implicitly biased. Participants of the arbitration process might not be aware of how bias affects the transparency and efficiency of arbitration. Bias awareness raising initiatives will have a material positive impact on arbitration participants and other interested parties.

The Report of the Cross-Institutional Task Force on Gender Diversity in Arbitral Appointments and Proceedings is available at link.

On 20 September the International Council for Commercial Arbitration (the ICCA) Congress, taking place in Edinburgh, Stotland,  presented the updated ...