This year the International Commercial Arbitration Court at the Ukrainian Chamber of Commerce and Industry will celebrate its anniversary – 30 years since the foundation of the organization. On this outstanding occasion, we are launching a series of events, starting from opening access to an electronic version of the book written by ICAC’s first President, Academician Igor Pobirchenko “Memories, Documents, Thoughts”.

Igor Pobirchenko (1923-2012) was a lawyer and a public figure, Doctor of Law, professor, the Honored Worker of Science and Technology of Ukraine, Academician of the National Academy of Legal Sciences of Ukraine, the recipient of numerous state awards. Finally, he advocated and pioneered the establishment of the International Commercial Arbitration Court at the Chamber of Commerce and Industry of Ukraine and served as the ICAC’s first President.

Academician Pobirchenko laid the foundations of the arbitration legislation of Ukraine, developed a draft Law of Ukraine “On International Commercial Arbitration” and reported it to the Verkhovna Rada Of Ukraine at the plenary session.

Igor Pobirchenko has dedicated more than 60 years to academic work and teaching, having made the contribution, which is without exaggeration invaluable.

The establishment of a new direction in legal practice (“Economic Jurisdiction”), the theory of commercial procedural law, the Kyiv School of Commercial Law are just a few of Igor’s outstanding achievements.

Igor Pobirchenko, as a highly qualified international arbitrator, has indeed become a role model for many generations of Ukrainian lawyers. A lot of Ukrainian lawyers are honored to call him their teacher, and many of his colleagues call him as wise mentor, a caring and generous leader.

“My whole life is about the struggle for justice”, – Ihor Pobirchenko said repeatedly.

And we want the memory of this prominent man, his work and possessions to live on. We sincerely hope that the monograph “Memories, Documents, Thoughts”, published in 2003 and now digitized for the first time, has become a guide for future generations of Ukrainian lawyers and arbitrators. 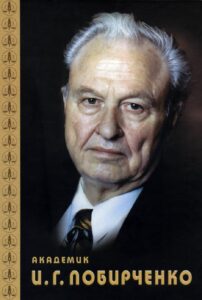 This year the International Commercial Arbitration Court at the Ukrainian Chamber of Commerce and Industry will celebrate its anniversary - 30 years ... 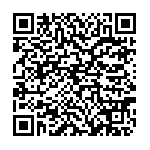